Why do raindrops come in different sizes? 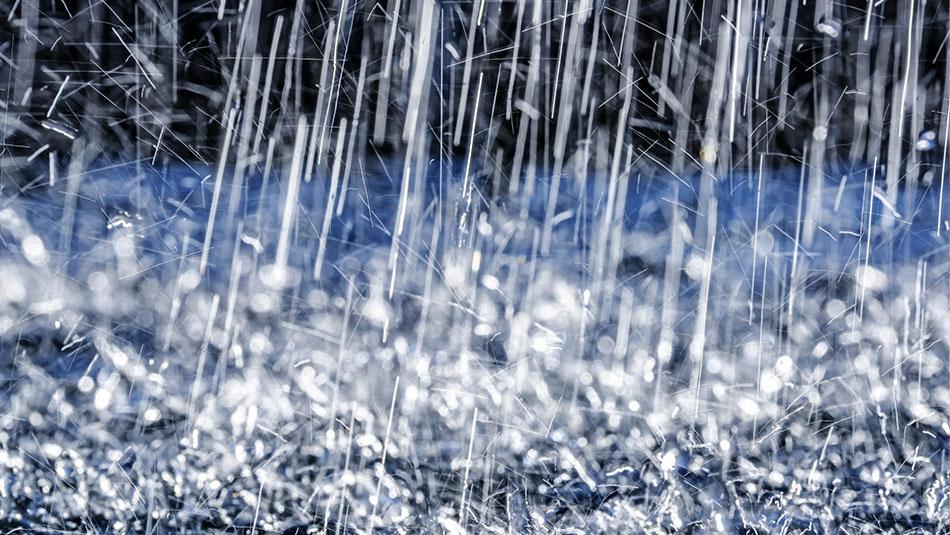 More than 100 years ago, scientists observed that raindrops can vary in size. They were inspired by Wilson Bentley, a farmer from Vermont in the United States. Bentley filled plates with flour and let them stand in the rain for a short time. He then measured the wet spots on the flour and calculated the size and number of raindrops. He was the first to find that not only were there different sizes of drops, but that the distribution of drop size differed according to the type of rain. In the 1950s, it was demonstrated that droplet sizes were more widely distributed in heavy storms than in fine mists - the so-called Marshall-Palmer distribution.

In school, we all learned that raindrops form in clouds when water vapor sticks to dust or other tiny particles and gradually builds up. As these tiny drops are relatively close together in the cloud, they collide with each other and merge to form larger drops. The turbulent air inside a thundercloud can facilitate this process.

It has been assumed that raindrops continue to collide as they travel to the ground, so that some drops become larger than others, according to the Marshall-Palmer distribution. Researchers from France have now been able to demonstrate that raindrops hardly collide with each other outside of clouds. They argue that even in a heavy rainstorm there are only a few thousand drops per cubic meter and only a few collisions between these drops on their way from a cloud at an altitude of 1 km to the ground, which is far from sufficient for a stable distribution of droplet sizes.

Instead, using high-speed cameras, they were able to show that the diversity of raindrops is caused by the bursting of individual, non-interacting raindrops. They were able to show that a raindrop initially falls as a sphere, but then flattens out into a pancake shape. As the pancake gets wider and thinner, air resistance causes the shape to hollow out, like an upside-down sack. At some point, the sack becomes so inflated that the tension of the water can no longer hold it together, and it bursts into many small droplets. The size distribution of the droplets resulting from the bursting of the large raindrop corresponds to the distribution already observed. Using the cameras, they were also able to show that the entire process takes only a few thousandths of a second.

2 years ago
Our Brands
Categories
Search The Blog