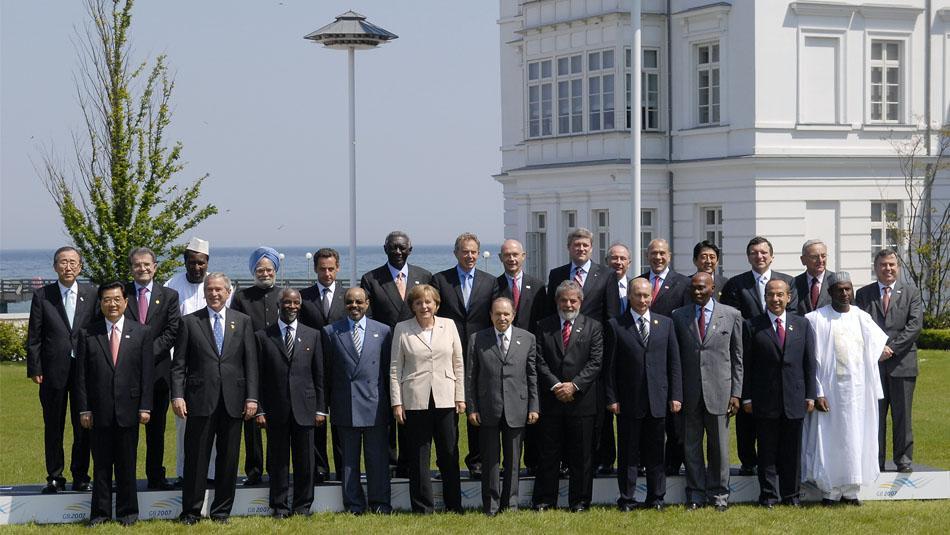 Posted in: Queens, Presidents and Popes, Films about us
G8 Summit in Germany - European Umbrellas supplies the guest umbrellas

The G8 Summit in Heiligendamm 2007 was the 33rd summit of heads of state and government of the Group of Eight. The meeting under the German Presidency took place from 6 to 8 June 2007 for the first time in the Grand Hotel Kempinski of the seaside resort of Heiligendamm, located about 15 kilometres west of Rostock, and for the fifth time in Germany. The motto was "Growth and Responsibility". Stephen Harper (Canada), Nicolas Sarkozy (France), Angele Merkel, Romano Prodi (Italy), Shinzo Abe (Japan), Vladimir Putin (Russia), Tony Blair (Great Britain) and George W. Bush (USA) were the participants. All participants will receive guest umbrellas from our series "Oertel Handmade Gästeschirm" and the ARD station Radio Bremen-Fernsehen will broadcast a report on this in the evening programme of "Buten un Binnen".