A beautiful roof for noble heads - From the WAZ Newspaper 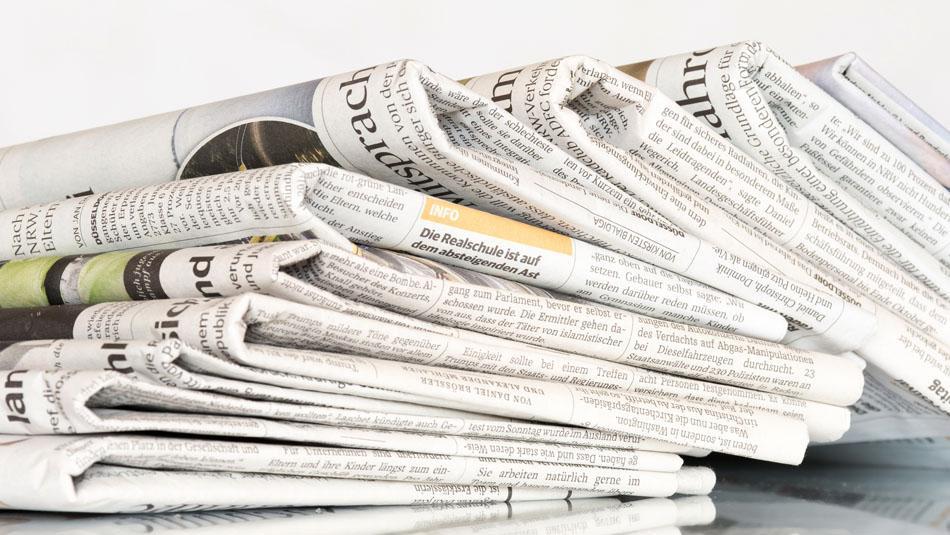 Posted in: in the News

A beautiful roof for noble heads

It does not rain so much here that 20 million umbrellas would have to be thrown away every year. But they are worth nothing. Rainer Gramke is one of the last people to design, produce and sell umbrellas for 100, 200, even 500 euros - which, by the way, is a pretty good reminder not to forget them in the restaurant.

In Westminster Abbey in London, a commemorative plaque reminds us that Jonas Hanway (1712 to 1786) was a good man. He stood up for foundlings and for whores, but it does not say that mankind owes him the leap to a higher level of civilization.

Hanway, of course a perturbed Englishman, recognized that an umbrella not only protects you from the sun, but also from rain, and through minor modifications - you just have to think of it - made him the indispensable companion of the English gentleman. By the way, the origin of the umbrella from sun protection can still be recognized in the English word "umbrella" ("small shadow", from the Latin "umbra", "shade").

In the 200 years following Hanway, the portable umbrella as a parasol was practically lost in Europe, but in its subspecies as an umbrella it took the way of almost every product: once a sign of domination, prosperity and greatness, it became easier and easier to handle, cheaper and cheaper and more and more commonplace; today the common department store umbrella is Chinese. "Nowadays umbrellas are mass-produced goods, giveaways, disposable items; at Rossmann you can get them for 2 Euro 50," says Gramke. At Gramke's they can also cost twenty, fifty, a hundred times as much.

In 1980, the Bremen native from Hamburg took over the specialist shop "Schirm Oertel" with his wife Dorrit Gramke, which at that time could already look back on 90 years of company history. He deals with designer umbrellas from all over the world and also brings his own collections ("Oertel handmade") onto the market, which a small factory in Milan builds for him. These may include handles made of Canadian maple, pearl bamboo or malacca cane; the canes may be a continuous piece, as if grown, heated and bound for months until they bend; pocket watch or pillbox, compass or clock may be integrated; the fabrics are usually Teflon-coated tie fabrics. In extreme cases pure silk. 500 Euro. And the buttons mother-of-pearl. But then hand-sewn.

Not only does it all look pretty good, it also lasts a long time and is almost never forgotten: "Fear of loss has an enormously stimulating effect on memory performance," says Gramke. Of course, no one buys such an umbrella that looks for the cheapest sale. The 65-year-old's shop is located in Sögestraße, Bremen's first address, Bremen's most expensive location. His clientele includes Bremen's oldest families, for whom Oertel is a must; the Hamburg Senate, the Office of the Federal President and various ministries also buy here: Many state guests of the Federal Republic have already been supplied from Bremen.

This is good for the reputation, but does not bring in much revenue; no, Gramkes rescue ("Bremen is too small for a business like this") was the internet. Since he has been present there in German and English, he has been trading worldwide; two days after he put the English site online, the first order came in. An order from Taiwan, for an umbrella of 181 Euro. "From Taiwan, the customer would get an umbrella for 70 cents," says Gramke. But not one of those . . . Rolls-Royce from Schirm Oertel.

Apart from the materials, apart from all the handwork and the price-driving designer names; apart from all that, there is also a simple design feature that distinguishes good umbrellas from average ones. "Good umbrellas have a round roof, the mass-produced goods are cut flat," says Gramke, "you can hold a good umbrella right above your head. With a cheap umbrella you don't see anyone. You always follow the umbrella." Preferably to the trash.

19 years ago
Our Brands
Categories
Search The Blog