Should you run or walk in the rain? 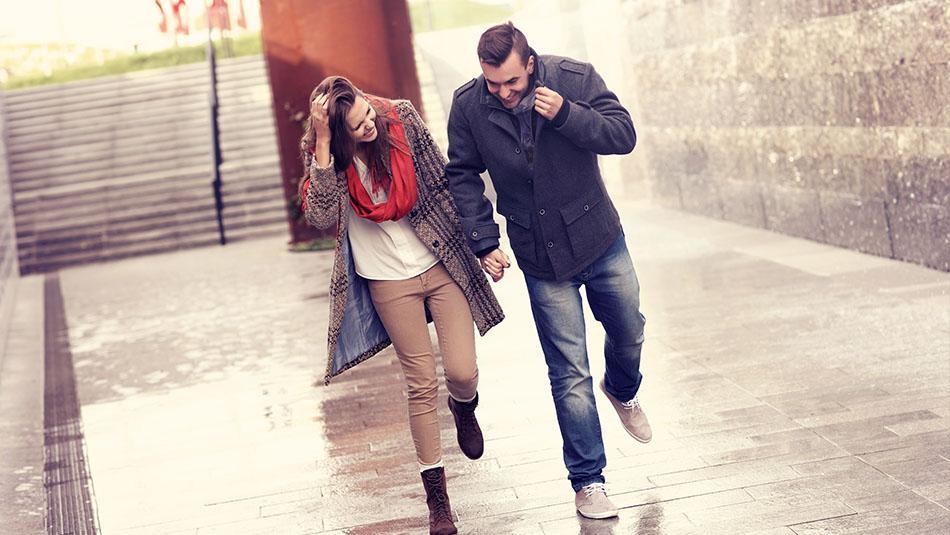 Imagine it's raining and you don't have an umbrella. If you run, you will spend less time in the rain, but you will be hit by more raindrops - so what is the optimal speed? You will not find yourself in such a situation as the owner of one of our umbrellas, but you may be interested in the highly scientific answer to this question.

You will hardly believe it, but science has been discussing this question for decades and it has brought it to a certain notoriety in the study of physics. If you think about it more closely, this is even justified, because we are dealing with a multitude of variables and influencing factors. The question is thus highly interesting from a physics-theoretical perspective, and at the same time it has a practical connection to real life.

Franco Bocci of the University of Brescia has published the most comprehensive analysis on the subject to date in the European Journal of Physics, and his central scientific finding is that it depends, but as a rule it pays to run as fast as you can. Basically, the answer depends on the ratio between body width and body height, the size of the raindrops, and the angle between the direction of the wind and the direction of running. According to his calculations, you should basically run as fast as you can. However, in tailwinds or for thinner people, the situation changes. Thin people have an optimal speed, but it depends strongly on their stature. You would have to try this out personally during the next rain shower. If the wind comes exactly from behind, the optimal speed is exactly the wind speed. If the wind is coming from diagonally behind, you should run slightly faster than the wind speed. The greater the angle, the faster you should run.

If you want to know exactly, you can struggle through Franco Bocci's work (https://iopscience.iop.org/article/10.1088/0143-0807/33/5/1321) to make the mathematically-physically correct decision in any situation. If you are rather put off by the highly mathematical subject matter and the answer "it depends, but if in doubt, run as fast as you can" is not enough for you either, then we simply recommend one of our umbrellas. With this you are definitely on the safe side and can stroll relaxed during the rain and watch the others optimizing their running speed depending on wind, amount of rain and surface size.

2 years ago
Our Brands
Categories
Search The Blog